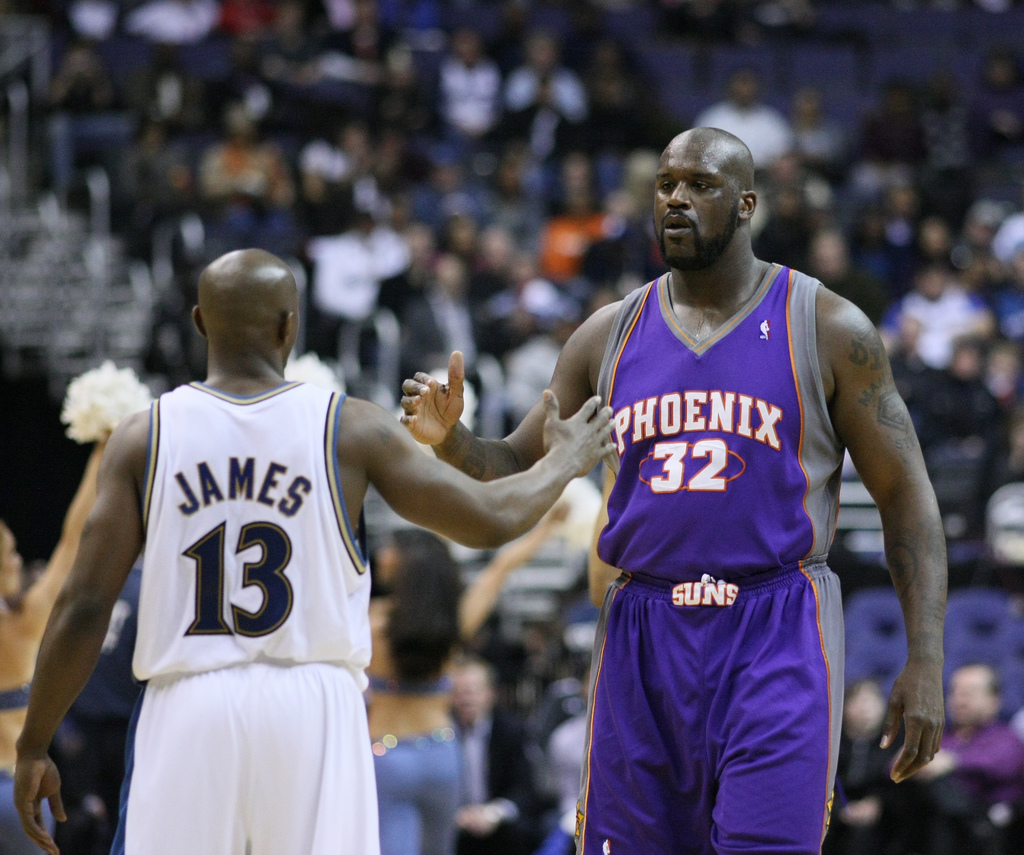 When it comes to pitchmen, none are much bigger than Shaquille O’Neal.

So when the 7-foot-1, 325-pound Shaq was traded by the Miami Heat to the Phoenix Suns in February 2008, he brought with him a great story about a piece of technology that would sell his new athletic training staff on using Pulsed ElectroMagnetic Field Therapy.

“Shaq had been using one,” well-respected Suns Head Athletic Trainer Aaron Nelson said. “I looked at it, didn’t really know much about it and found it interesting.”

Not that Shaq had a great grasp on the technology he was using.

“He’ll tell you he had no clue how it worked or exactly what it was supposed to do, but he felt better when he used it,” Nelson said of the first-ballot Hall of Famer. “So we said, ‘Well, we’ll give it a try and take a look at it.’”

From there, Nelson talked with Pulsed Energy Technologies, whom he had met at an NBA Pre-Draft Combine a couple years prior. The conversations would continue past Shaq’s tenure with the Suns (O’Neal was traded to the Cleveland Cavaliers after the 2008-09 season).

It wasn’t until a work stoppage (the owners locked the players out) that delayed the start of the 2011-12 season when Nelson and the Suns finally got their hands on the PER 2000 and understood the benefits of the pemf technology.

“We used it on everyone (except players during the lockout, which lasted from July 1 to December 8 in 2011),” said Nelson, whose Suns became the first professional basketball team in the four major sports to purchase one of the machines. “Coaching staff, my staff, anybody that we could try absolutely anything on. Shoulder, back, knee, ankle, whatever (type of ailment), we were just looking for anything just to use it.”

And when the players returned for an abbreviated 50-game schedule, “We found out really good results with it,” Nelson said.

That is saying something considering Nelson’s success with injury treatment and prevention.

Nelson joined the Suns as an assistant trainer for 1993-94 season, after helping the team during its run to the NBA Finals the previous season. (Nelson had been working with some Suns-owned indoor teams, including the Arena Football League’s Arizona Rattlers.)

That helps identify any abnormalities and allows the staff to potentially treat players before an injury becomes a bigger issue.

Those measures have helped make the Suns one of the pre-eminent training staffs in the four major sports, with a great track record of players remaining on the court.

“The biggest reason for our success is the skill set,” Nelson said. “The biggest part of that is the communication we use.”

No Restrictions When It Comes To PEMF & Injuries

While Nelson uses kinesiology to determine primary treatment, the PER 2000 is a part of the Suns’ regular routine.

“We don’t use a lot of modalities, we use more of our hands,” Nelson said, “but we do use Pulsed Energy and it is something we use daily, we use on something every day with somebody.”

Using the PER 2000 isn’t restricted to a certain type of injury.

“Pain, swelling, fractures,” Nelson said of some of the types of injuries he uses the technology on. “You can use Pulsed Energy on a lot of injuries, acute and chronic. I just found it a little bit different, a little bit easier to use, pretty standard to use. … Almost everybody who has used it, from staff to players, has felt better after they get off of it.”

Nelson does stress that the PER 2000 is not a treatment that can be used alone, just that it helps speed the recovery process by sending pulses of electricity right to the afflicted area.

“You feel it pretty much go wherever the pain is. That is one of the unique things about it,” Nelson said. “It will identify and isolate right where that pain is. You can move the applicator around and find the exact spot and they’ll go, ‘Yeah, that’s where I’m sore.’ It works well that way.

“I don’t want to say that’s the only thing because we’re doing so many other things from a manual standpoint, but there is no question that whatever the combination is (with the PER 2000), I feel we are able to get players on the court faster than maybe with standard modalities. I think there is definitely a decrease in time lost by using it.”